Friends of Enemies by Hearth Centre director Polly Wright is about Italian Prisoners of War in a Welsh farming community in World War 2.

We absolutely loved sharing the story with audiences across the UK and received a great amount of feedback. Look out for more updates on continued progress of the play and where you can find future performances!

Read more about the journey so far below

Polly Wright, artistic director of Hearth is on a mission to discover more about Gualtiero Lenzi- ex POW who worked on her grandparents' farm in WW2- and who wrote warmly to her grandmother after the war. . She has been in communication with his eldest daughter, Mara for a year now, but will meet both Mara and her sister in person  for the first time at the end of this week!

Having a wonderful time in Modena, Italy- and have been introduced to a journalist and local historian called Walter Bellisi - who, it turns out, knew Gualtiero Lenzi's brother and his niece. The communications officer at the Istituto Storico de Resistenza in Modena, Daniela Garutti, has extremely good English - and has been translating for us. 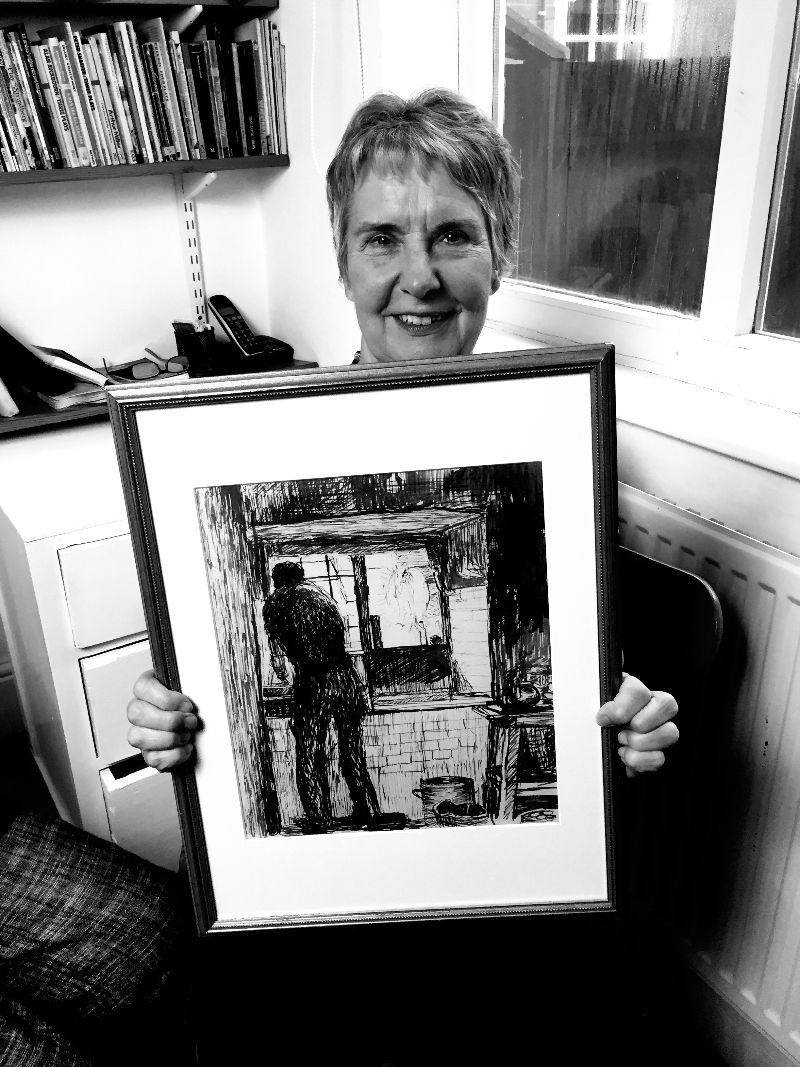 We found out many things- such as that Gualtiero was one of seven boys- and that all but one of them fought in Libya. It seems as if they were rounded up in some way by Mussolini's press gangs- but one of them hid in a barn or somewhere in the hills and stayed at home in Castellucio for the whole war. He certainly might not have been better off; as the tiny village was badly bombed by the Allies, trying to target German occupied Italy.

Later, according to the niece, when the brothers got together they talked incessantly about their time in Libya - but none of them ever referred to their POW experiences- as possibly they were ashamed of being captured by and then on friendly terms with the Evil Albion. The effect that the war had on Gualtiero was that he became a passionate Communist - he became a Councillor in the region of Montese, and, apparently, he was always expressing his socialist views very strongly.

Walter and Daniela were surprised by the beauty of Gualtiero's writing in the letters- as his niece says that  neither he or his brothers would have got further in their education than elementary school. But apparently all the brothers wrote beautifully- so perhaps Mara, his daughter - will throw some light on the mystery  when I go to see her and her sister on Friday in her house in Vignola- a beautiful mountain village in the Apennines.

When Gualtiero was brought to Wales from North Africa with other Italian POWs, they were initially housed in the Pool Parc camp, in the grounds of a country house outside Ruthin which is now dilapidated. After a while the camp authorities contacted local farms to offer some prisoners as labour. Farmers were only too happy to take them on, as they were "digging for victory" in a national effort to make the UK self sufficient- and so needed a strong labour force at a time when British young men were at the Front. Prisoners generally liked working on farms, as they were fed well- and were even given small amounts of pay.

The beauty of the Welsh landscape must have been a reminder of home for the Italian POWs despite the rain. I have contacted the Ruthin Archive about my travels and discoveries - and hope eventually to deposit the letters there.

I'm reading my history book as I go,

in-between quaffing gorgeous wine and sight seeing- and discover that there were lots of examples of warm relations between people of different nations in the war. Many ordinary Italian families took in wandering English POWs after they were let out of the camps after the Italian surrender in 1943- and risked their own lives in doing so in German Occupied Italy.

Researching all this is bitter sweet in the light of the results of the referendum and watching the way that the media and unscrupulous individuals have fanned the anti immigrant sentiment in Britain. I'm planning to write the story of Gualtiero and Kathleen as a play, but it feels like it might be more appropriate as a mournful lament.

In a well known Italian regional newspaper Resto a Carlino -

Please see the headline which says:

"Relatives find letters of courtship from a POW to their grandmother after 70 years... The Director - Polly wants to transform the story into a play!"

It was also on a placard outside the Tabaccio:

"Woman who has found love letters to her grandmother after 70 years finds family of the POW who wrote them."

To read Polly's own story carrying on reading . .


'All my life I will remember you': Woman finds grandmother's love letters written by handsome Italian prisoner of war in 1945... then tracks down his family

A woman who discovered a secret stash of love letters between her late grandmother and an Italian prisoner of war has tracked down the family of the Italian soldier.

Polly Wright, 65, was stunned to discover a series of notes - wrapped in pink ribbon written in Italian from the dashing soldier to her then-married grandma dated from 1945 - while clearing out the family home.

While the letters were flirtatious, there is no evidence that Kathleen Hooson and soldier Gualterio Lenzi, from Modena, Italy, actually had an affair while Gualterio was stationed on the family farm in Ruthin, North Wales.

After having the letters translated, Polly, a theatre director, discovered they had been written by Gaulterio who had been put to work on her grandparents' farm during the war.

After his release, she discovered that her grandmother Kathleen had learned Italian in order to write to Gualterio.

Amazingly, Polly has managed to track down one of Gualterio's daughters - and the two are now planning to meet.

Polly said: 'My mum had told me that when she was young there were prisoners of war who had worked on the farm, but I had no idea that my grandma had kept in touch with them after the war ended.'

'I knew that there had been Italian and German soldiers working on the farm, and that my mum had said everybody had got along.'

'But I was completely shocked to find the letters.'

Kathleen and Gualterio met in 1943 after prisoners of war were stationed at farms across the country - and Kathleen and her husband George's farm became home to several Italian and German soldiers.

While they all got on, it seems Kathleen had a particular soft spot for Gualterio, and the pair exchanged letters after he returned to Italy in 1945.


Polly said: 'He was quite a lot younger than my grandma - but there was definitely a bit of a frisson.'

'He wrote one letter in English, but the rest were in Italian - my grandmother learnt Italian and German so she could communicate with the prisoners of war at the farm.'

'Gualterio was very charming and very attractive, but also very interested in farming - they had a lot in common.'

'There is a hint that they liked each other - he was a typical Italian man and the letters are very flirtatious.'

'I think writing to Gualterio was exciting and exotic for her, compared to her normal life on the farm.'

'The soldiers brought fun to the farm - they were entertaining, they laughed and sang, they were glad to be out of the conflict.'

'My grandfather felt the same - but I think he was a bit jealous of Gualterio.'


Polly added: 'When I visited Gualterio's home town Castelluccio it was a beautiful village right on top of the mountains - and when I looked out at the view I thought he must have felt quite at home in rural Wales.'

In the letters, Gualterio wrote: 'Sometimes I have been mean to you, but perhaps it's because I liked you perhaps too much, but if I have upset you in any way, today I am sorry, and I hope you will forgive me.'


Polly said: 'When I finally found her I just couldn't believe it. I had no expectation of finding anything or anyone, the family could have been anywhere.'

'The whole thing is quite moving in light of the migrant crisis with Syria'.

'For them to stay in the same region for all these years is incredible.'

'Mara was very excited when I made contact, and she has very happy memories of her father.'

'She told me that towards the end of his life he talked a lot about his time in Britain and on my grandmother's farm.'

Polly is also in the process of writing a play to tell Kathleen and Gualterio's story - and is hoping to make it a bilingual production.


Polly added: 'The whole thing is quite moving in light of the migrant crisis with Syria - it shows that despite the conflict, ordinary British people didn't regard the foreigners as the enemy.

Do you have a Prisoner of War story?

You may have been told one by a friend or relative, or lived through a period of time when you knew a prisoner of war or maybe even were one yourself.

If you would like the Hearth Centre to give your story a platform to share with others then please click on this contact link and send us an email. We promise not to share your story with anyone unless you are happy for us to. All submissions will be treated with the upmost care as we appreciate some stories can be upsetting to retell. That also means if you would like to have your story published online but prefer to protect your identity then we completely understand and will not share any of your details with others. 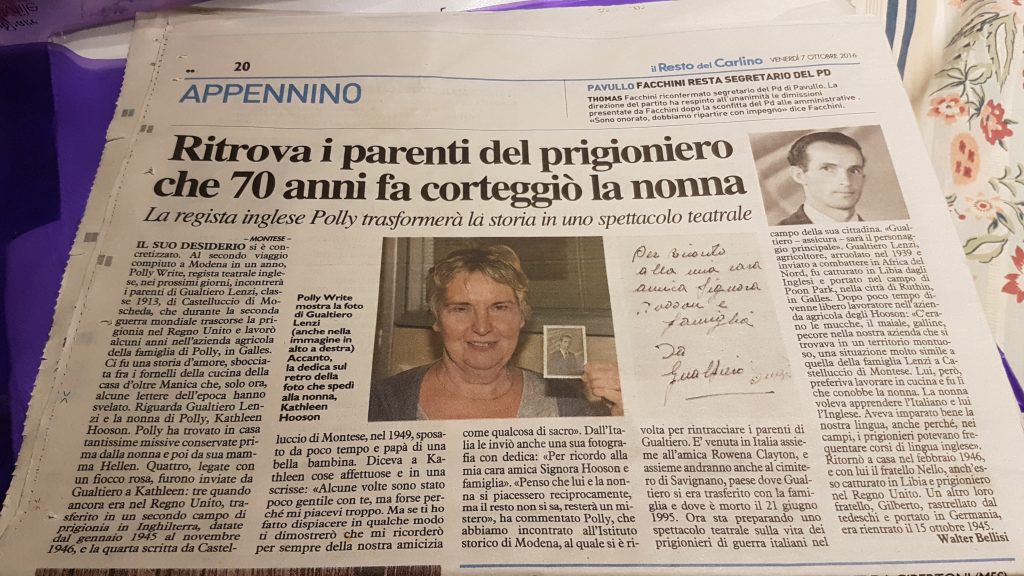 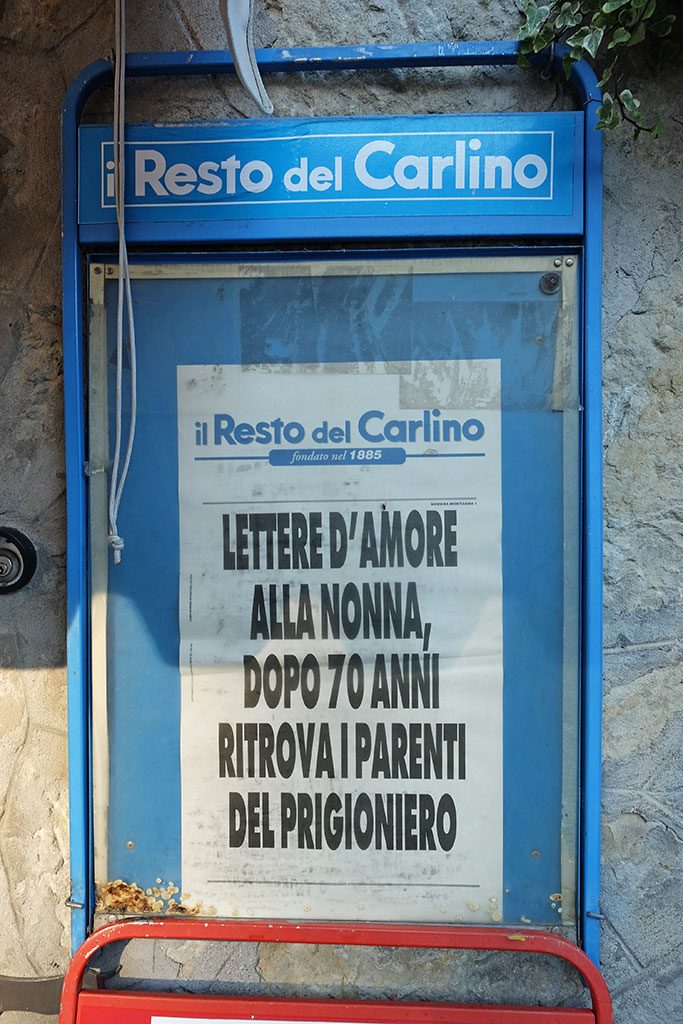 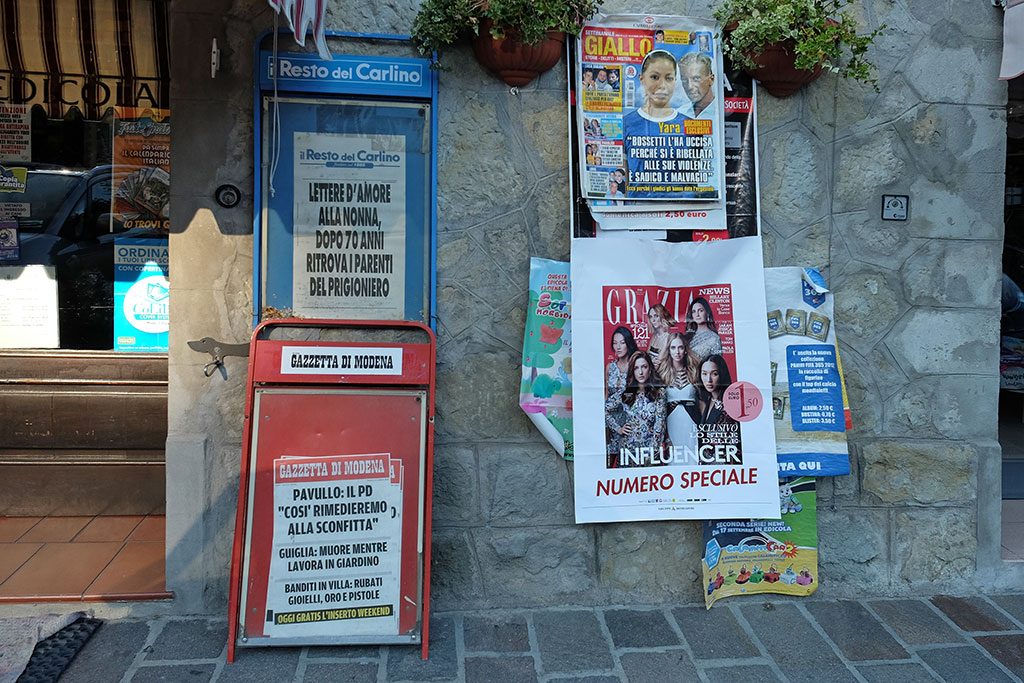 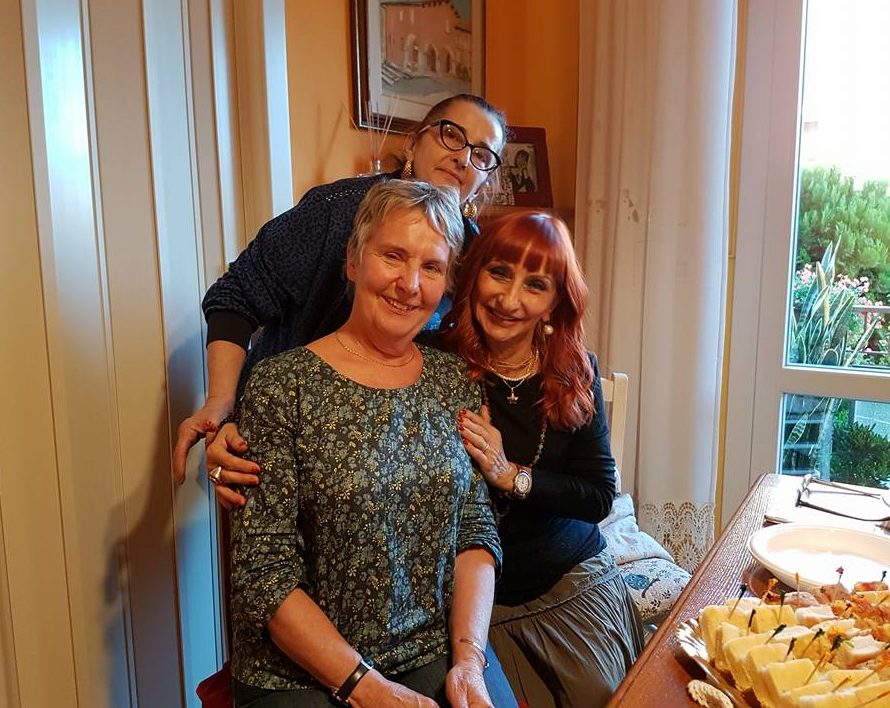 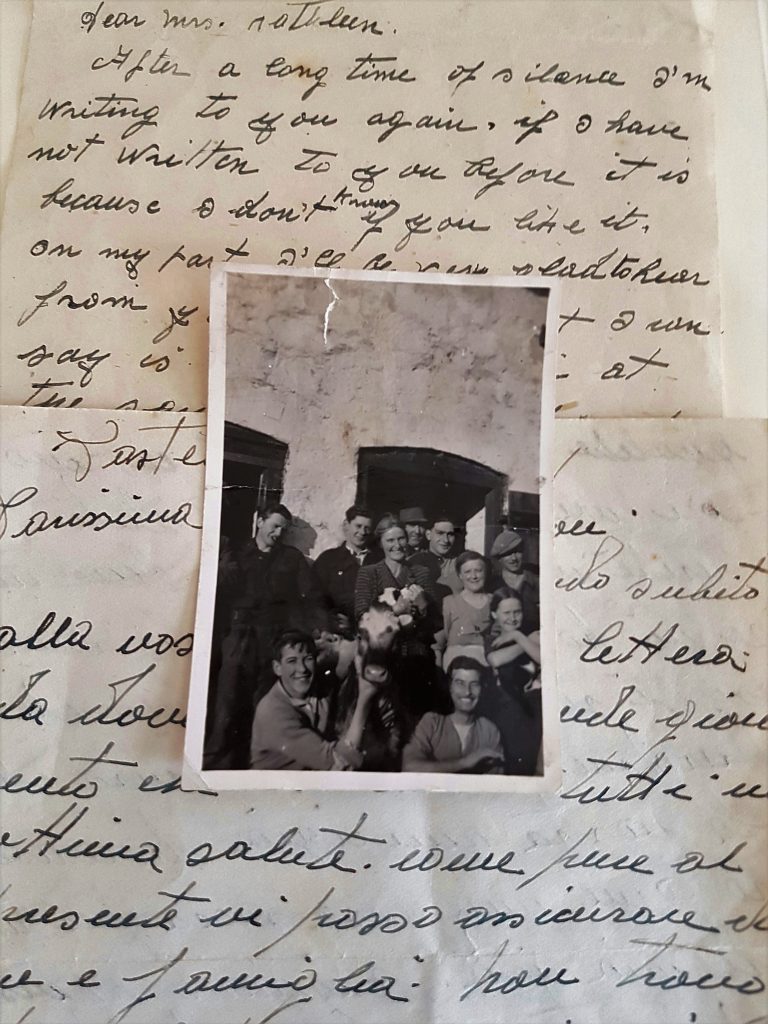 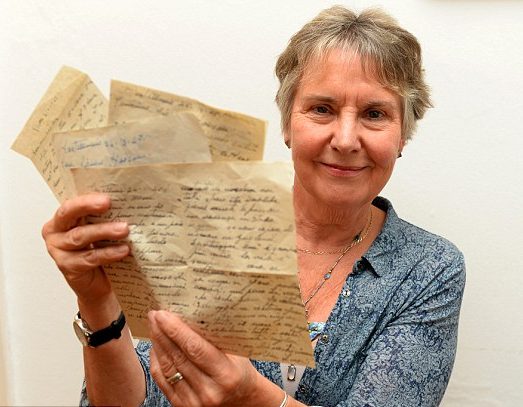 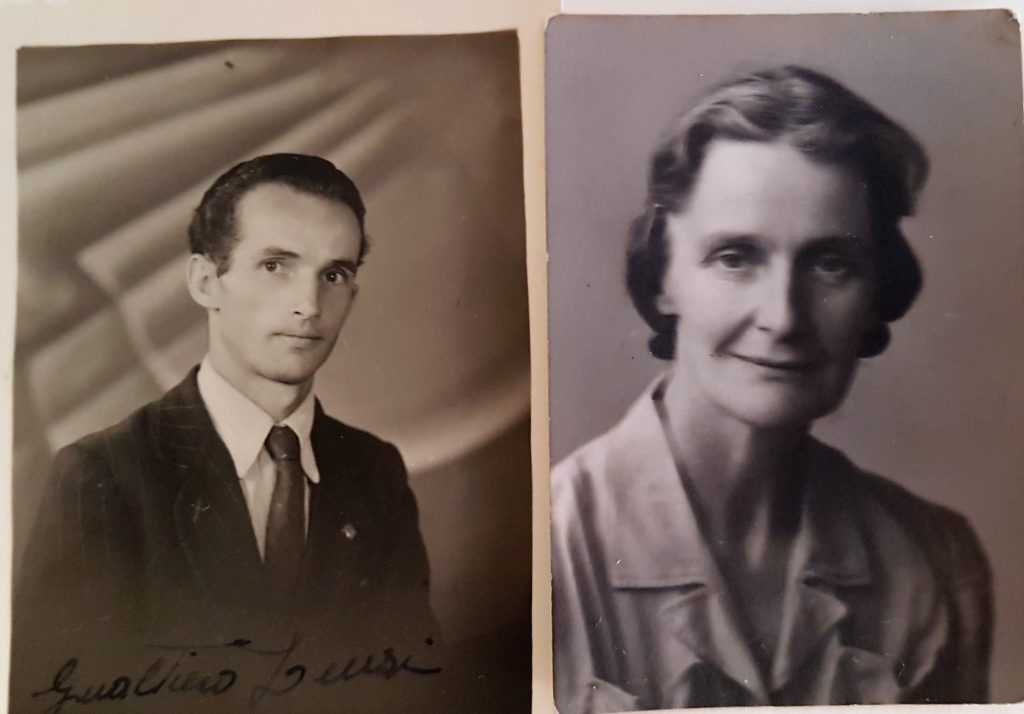 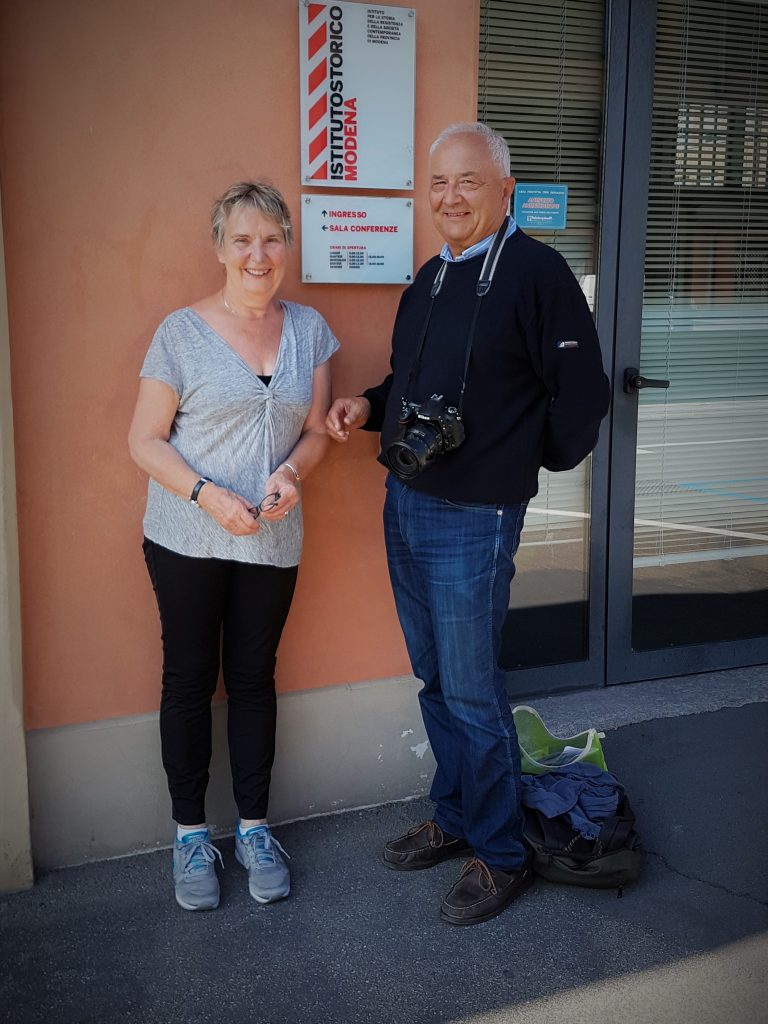 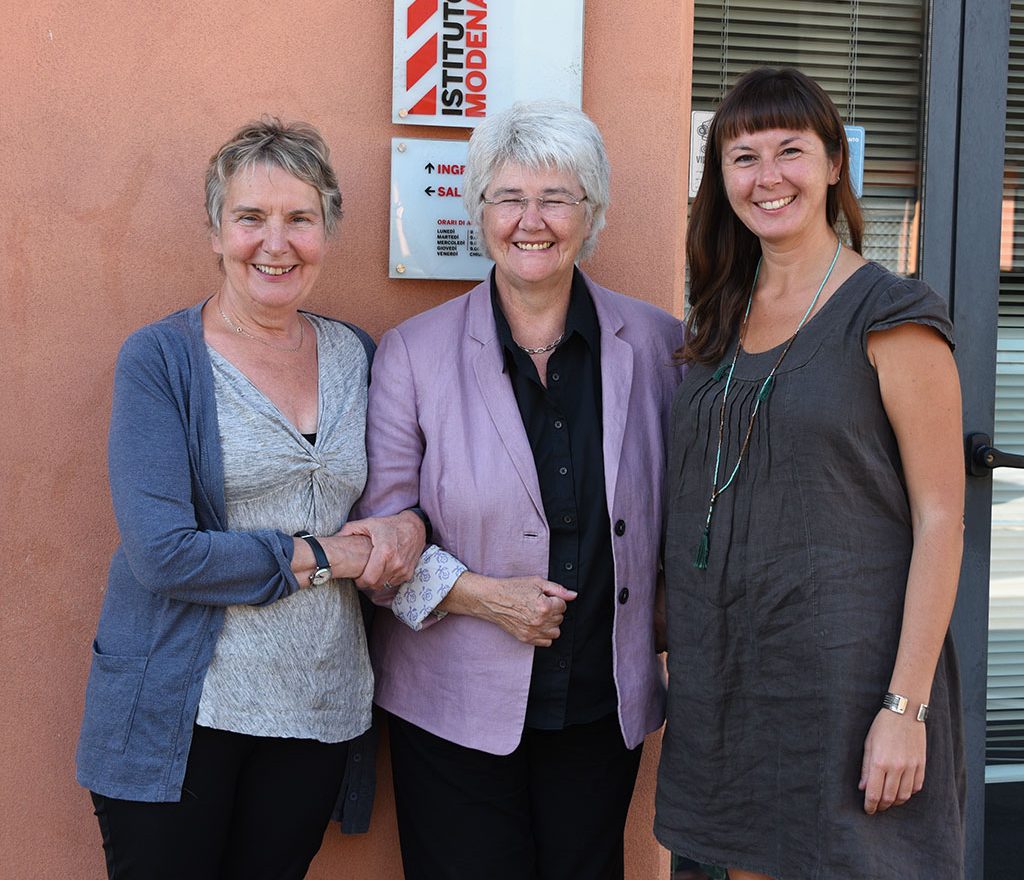