Revolving Door is a 40 minute play about young male suicide. Martin’s ghost is the coroner who conducts the inquest into the circumstances of his own death. Martin calls his mother, GP and psychiatrist as witnesses and explores their responsibility in his suicide, as well as his own.

The interactive debate which follows the play explores the question of whether Martin’s suicide could have been prevented. Its duration can be tailor made to your needs. Approximately 100 performances over 6 years Shortlisted for a National Media Award for work in Northern Ireland, where Revolving Door evaluated as the most effective intervention in an anti stigma campaign run by Rethink in 2007.

Revolving Door by Polly Wright has recently been redeveloped with psychiatrist Erin Turner to bring it fully up to date. We will be doing a short tour of the current production in both the Midlands and the South East in February 2017. If you are interested in attending a performance in Brighton on Feb 15th, or booking the show in another area or specific context, please contact us to discuss. 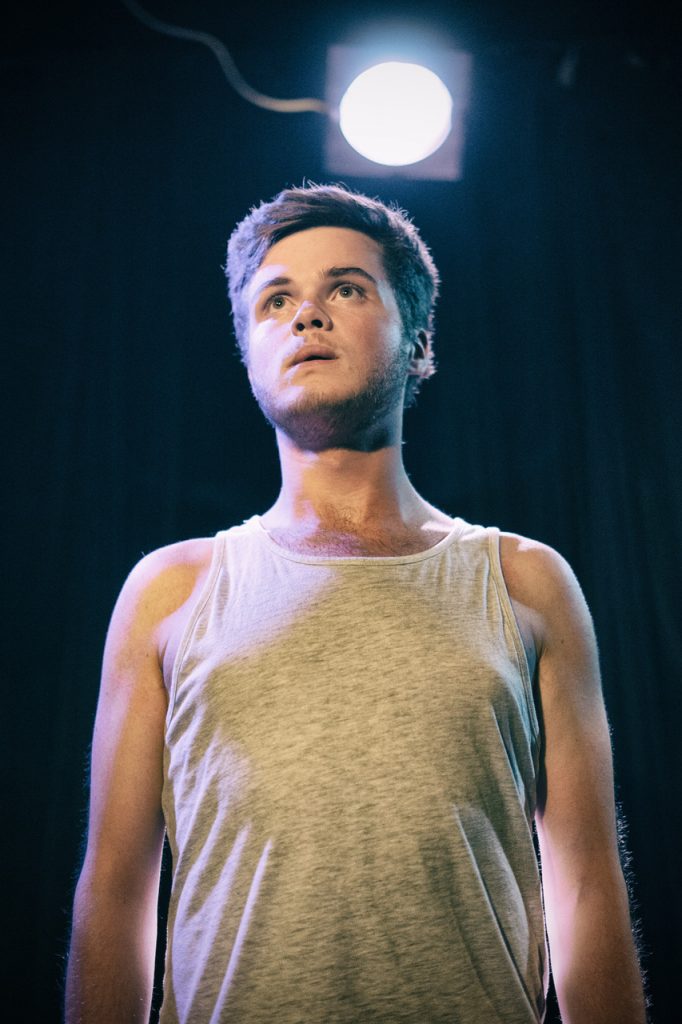 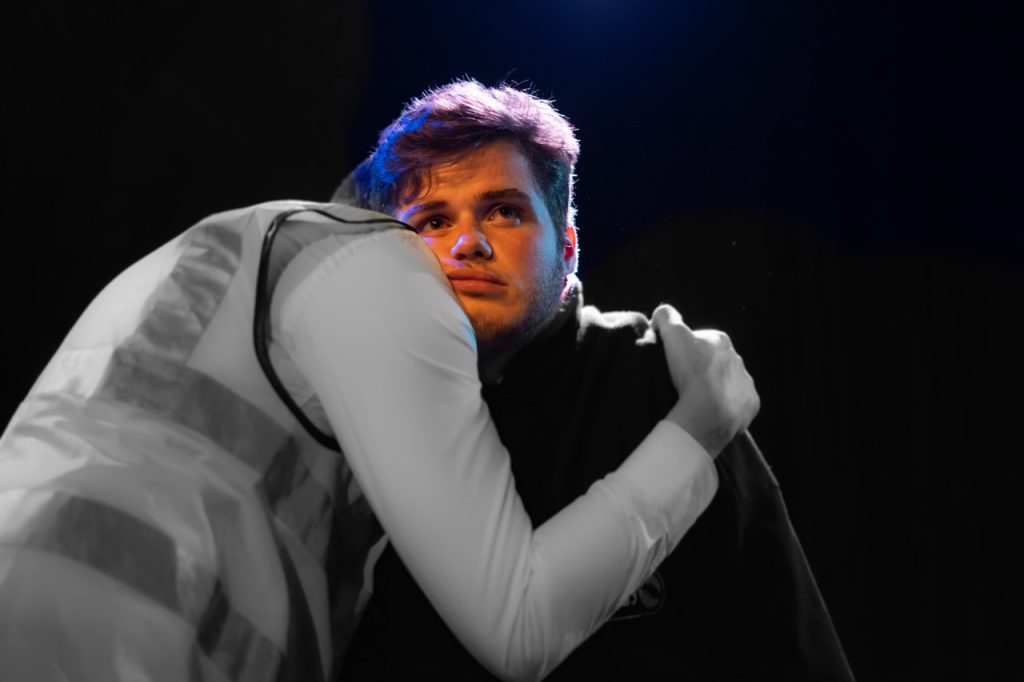 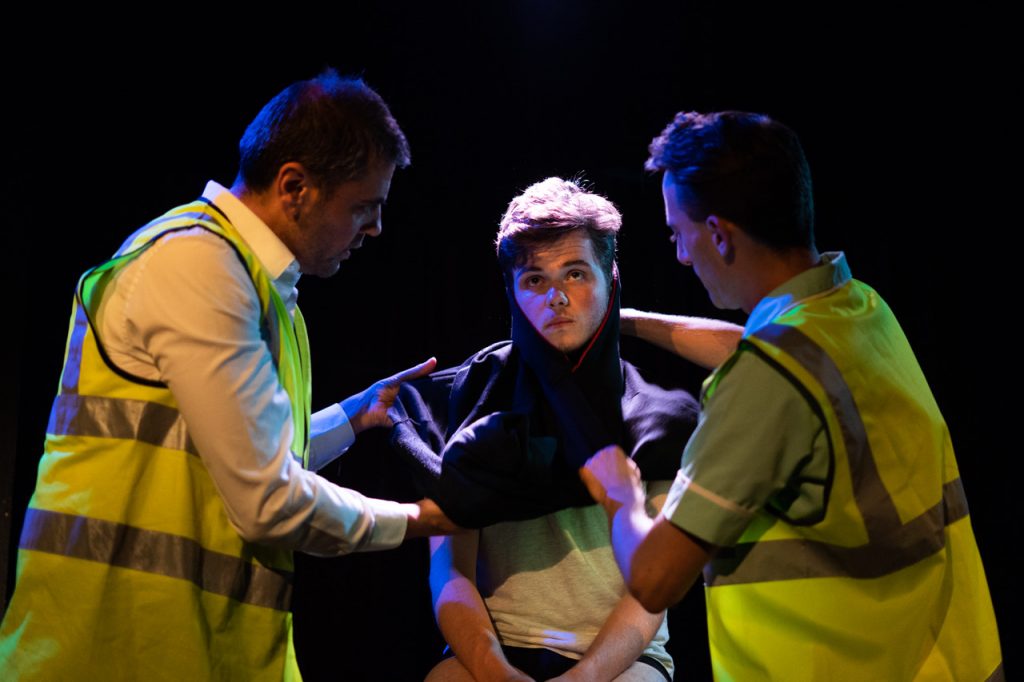 “Very moving performance. Gave a real insight into the complexities of all those involved and affected by suicide” Health Professional


“The play incorporated many of the elements that have to be dealt with when someone is suicidal. The interactive debate highlighted the lack of public awareness of the help available for patients and those that love them” Member of the Samaritans


“The debate particularly useful. This is a great way to investigate the various issues around suicide, highlighting those who might typically be involved and suggesting ways to obtain support etc.” Teacher. Northern Ireland

"The play was fascinating to watch and prompted a great deal of thought both for myself and the rest of the audience who were a mix of psychiatric registrars, students and allied health professionals. The play dealt with many issues but a particular issue I chose to reflect on was the issue of ‘blame’ following suicide or any mental health disorder. In the play through the use of a coroners court ‘witnesses’ were called and examined both by the judge and the spirit of the patient to ascertain their culpability in his suicide. I related this to experiences I have had with patients including those detailed above where patients often attribute their illness to a specific person or event, and I would often find myself querying the veracity of this claim. Not calling into doubt the beliefs of the patient but the truth of if that event had not occurred would the patient still be in this current position. I spoke to some of the other doctors about this at the event and we discussed the interplay between external and internal factors in causing mental health. I found this whole experience both fascinating and enjoyable to watch but also helpful for exploring my own ideas around why mental ill-health occurs." - Medical student from the Bedlam Festival Symposium