The Hearth Centre in association with Birmingham University and the Dolphin Drama group will be presenting an outdoor version of their play- Alum Rocks in the Community and Education park within Ward End Park at 1.15 and 2.45 pm on Saturday June 4th 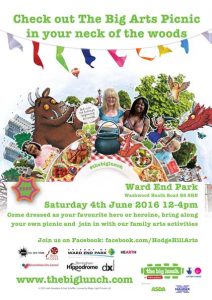 Even though she has ambitions to be a successful runner, Isla has started to smoke. Why ? What sort of pressures is she under from school, home and community which are diverting her from her passion?

Alum Rocks asks questions about the well -being of the Pakistani Muslim community- and how they can increase their sense of well -being in the future.  The style of the play includes music, physical theatre and authentic performances from a community cast who meet at the Dolphin Centre, and all live in the Hodgehill Area. Following the play we hope to interview members of the audience about their feelings about the play’s topic.

The project is part of an arts based research project called Representing Hodgehill which  is funded by the AHRC and managed by Birmingham University Medical School and the Hearth Centre.

This site uses Akismet to reduce spam. Learn how your comment data is processed.